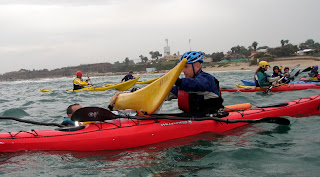 According to our most accurate forecasters, the sea should have risen up to 3m overnight. This would make Saturday a no no on the water and so the decision was made to move to the Sea of Gallilee for the next day. All were notified of the change and travel arrangements taken care of. Next morning frantic calls went out to cancel the change as the sea was a bit more user friendly than expected and we were able to continue on site as planned originally. 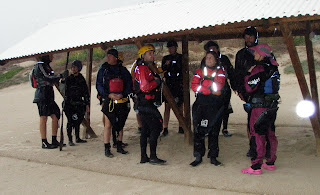 I spent the day with Jeff Allen, the topic was incident management and group leadership in the morning and navigation in the afternoon. 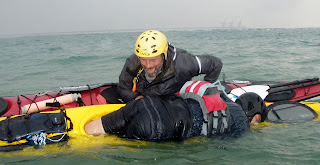 Whatever happens in Jeffs lessons, you cant help having a lot of fun, learning by doing and going home with lots to think about. 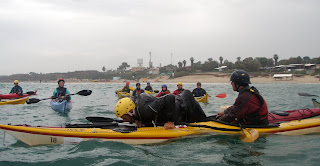 We spent the morning in a wildish sea causing incidents and then making the rescues go wrong, just as a demo of what could happen in real life if you don`t know what to do. 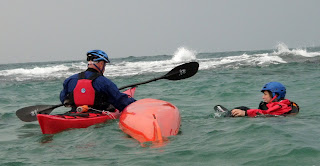 Later on we learnt how to read maps and tide tables and plan a journey accordingly.This is a relatively easy task in Israel as we don`t have any currents nor any meaningful tides, but if for some reason any of us finds our way to a foreign country with kayaking possibilities then we would know just what to do. Thanks to you Jeff.
Posted by Unknown at Monday, November 02, 2009