The sea was too rough for a club outing today but anyone with  their own kayak could go out on their own responsibility. So we all got together at 7 for some fun in the waves.
Out at the rock, the surf was pretty big and messy, there were no surfers nor any SUPS out there today and this should have been a warning to us. Some  stayed in the bay and practiced in the soup,   others went out to sea for a trip and the rest of us stayed and played in the big waves .
Soon we began to see kayakers swimming  after being dumped by the big surf and we all had to help each other with rescues.
I had 3 interesting  rescues, first was retrieving a lost kayak and towing it back to the owner waiting patiently in the water, then a regular T rescue made interesting by being in the surf zone and finally while on my way out I saw a kayak on the beach but no kayaker in site. After looking around I spotted a swimmer in the water, I thought he would use the surf to get back to shore but after about 5 minutes I noticed he was not making any progress so I paddled over to see if he needed help.
When I asked him if he was ok he replied NO,  He was struggling to swim back to shore but was caught in a rip  and was not making any headway. I had my GO PRO mounted on my rear deck and so could not get him to climb aboard, so thought the best thing would be to try and tow him in with my towrope. This turned out quite difficult as we were in the surf zone with waves breaking over us and progress was slow, then he hung onto my bow and I tried to paddle in reverse back to the shore, also dangerous as the waves were breaking over us  and I feared he would be smashed into the bow of my boat. We did manage to get closer to shore but at some stage we separated and he was still on the rope. Communication was not possible  because of the noise of the waves  and at some stage the rope got tangled round his leg but he thought he would get to shore and then release it.
I was being pounded by the surf  at this stage and didnt know that he was tangled. I tried to call for assistance to 2 paddlers on the shore and eventually they saw us and came to help.
Once on the beach we saw that the rope had gotten tangled round his leg and when the waves pulled  the rope tight it caused a  burn round his foot. Back at the club we treated him with aloevera and lots of  support.
Lessons learned ,
Its very difficult to tow a swimmer with a rope, easier if you can get him on your rear deck, but for that you need a clear deck, once I had assembled my Go Pro on the back deck with a kayalu  tripod, there was no way to get him up on the deck. I could have transferred him to a  fellow kayaker but didnt think of it at the time.
Its important to be aware of whats going on around you all the time and watch out for each other all the time. Never assume that everything is good,but go and check up on those who seem to be in trouble.
I had my Go Pro on all the time and heres a video of todays adventure. the Kayalu monopod got pushed by the surf and some of the angles are a bit off but you can get a pretty good feeling of what went on.

Posted by Unknown at Saturday, December 13, 2014 No comments:

making Greenland paddles and then having fun with them

I have changed the way of doing workshops for making Greenland paddles, now if anyone wants to make a paddle they can get in touch with me and if there are at least 2 people I will do a mini workshop. Usually there are at least one or two more people interested and so I get  a small group of keen workers who want to make a new paddle.
Most of them have no experience in paddle making, I guess its a rare hobby and there are not a lot of us out there.
We start with a short discussion on the sizing of the paddle and then get down to work. 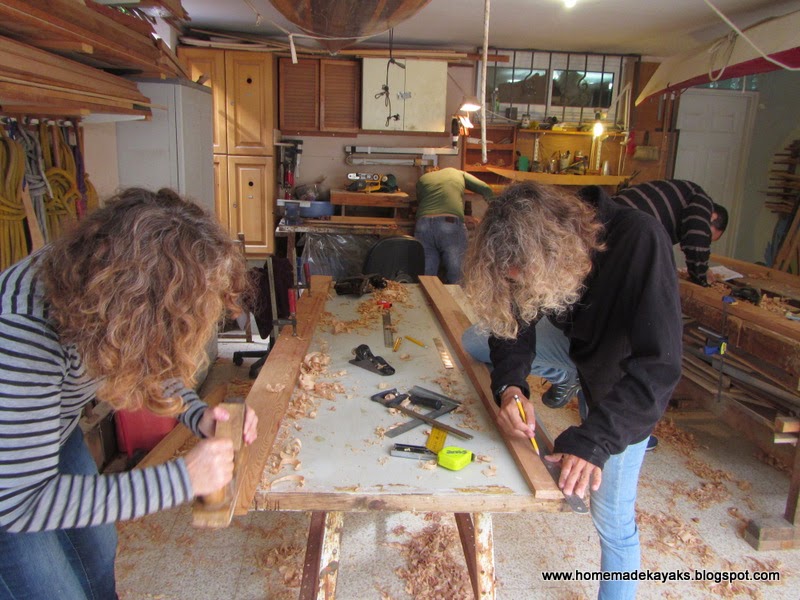 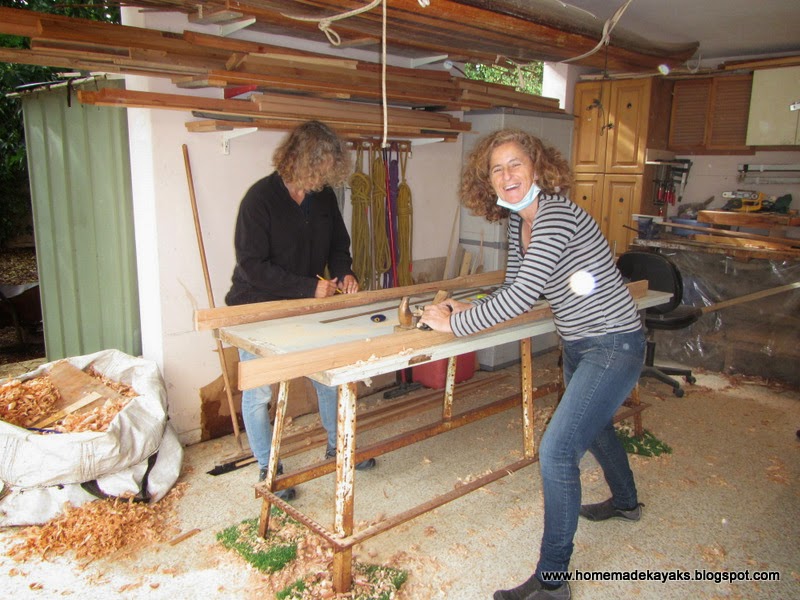 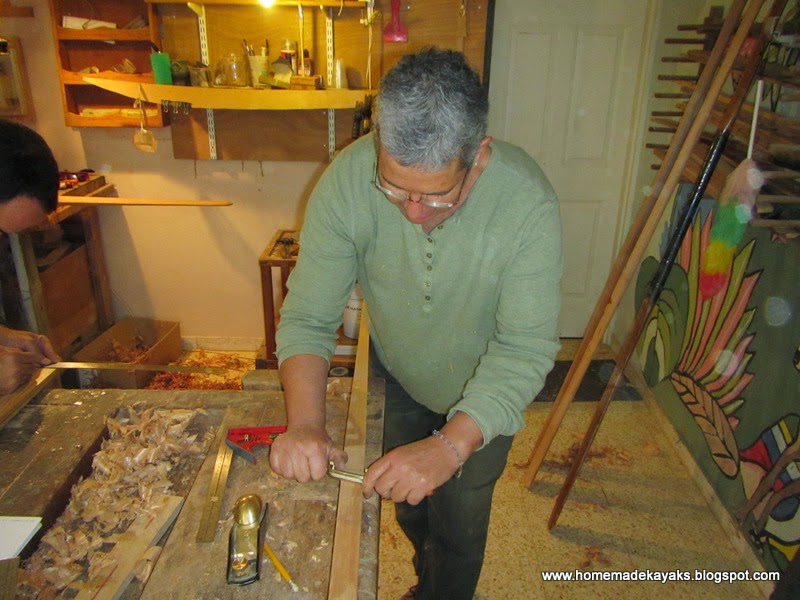 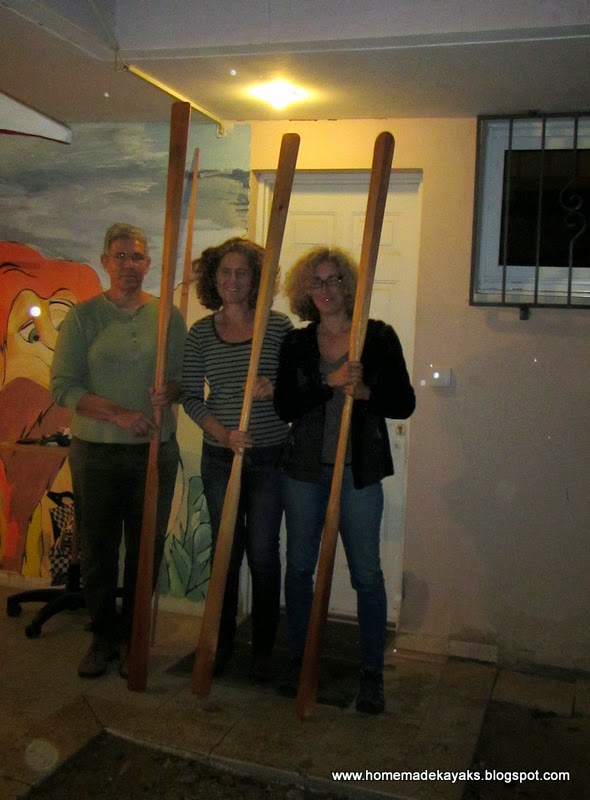 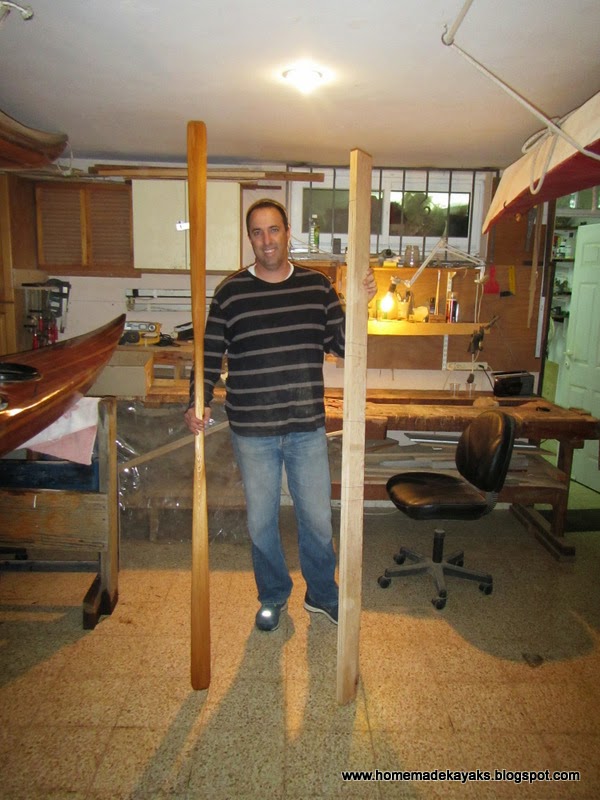 On the following Saturday we had a Greenland kayak fun day at our beach,the invitation went out to all kakayers in Israel who have Greenland paddles and want to play with us. Turnout was impressive and we had a lot of fun, races and rolling competitions all in good spirits. 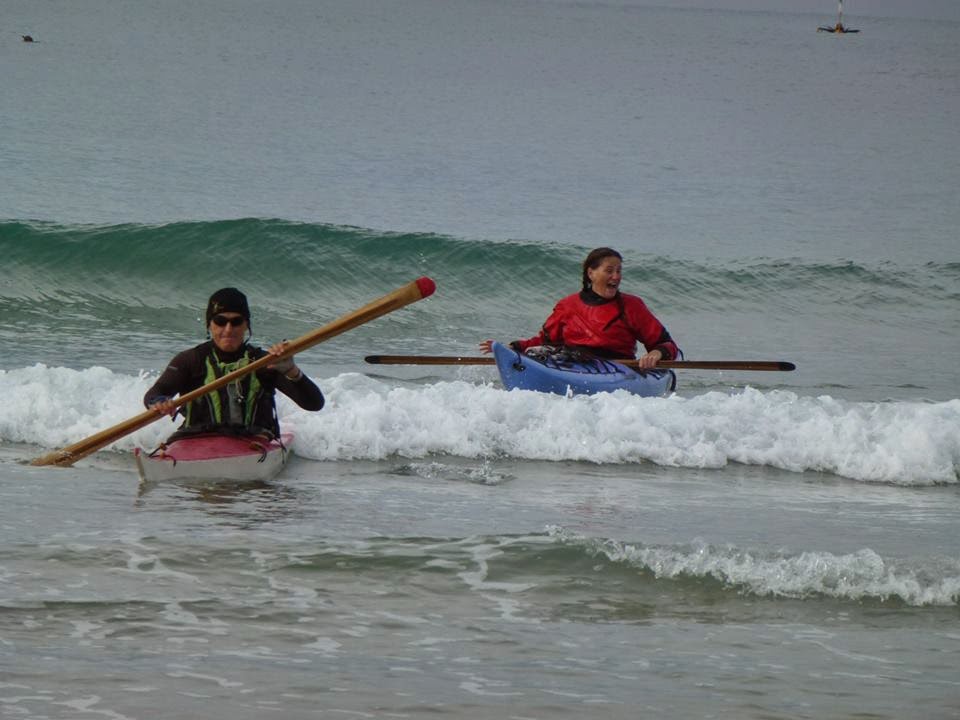 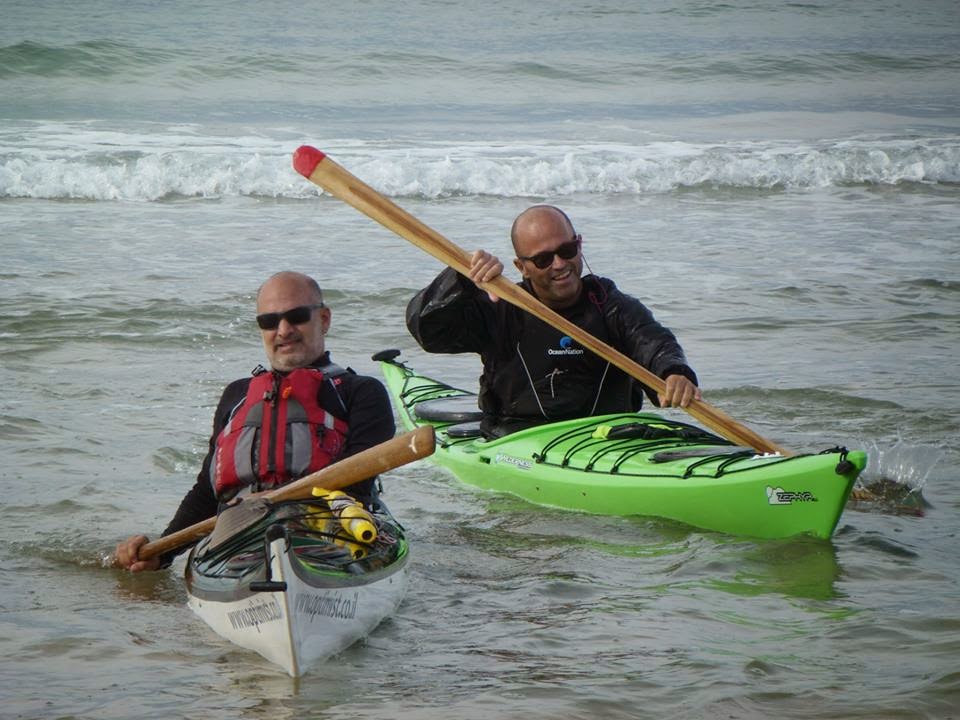 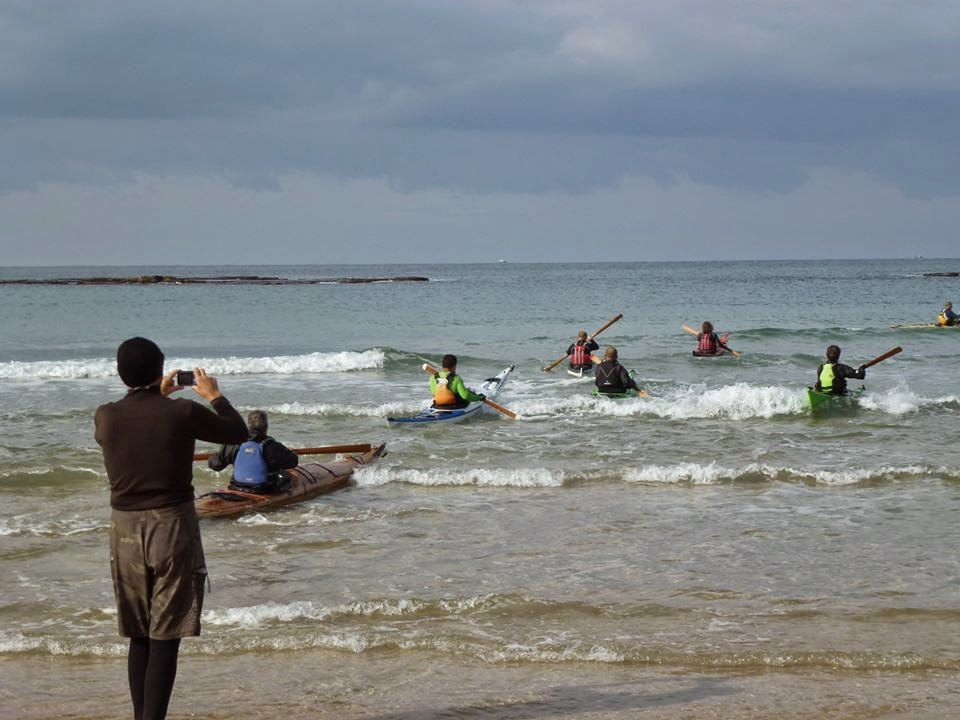 Heres a video showing some of the fun we had, lots of noise and laughing.
http://youtu.be/xNHFtVSp3cc?list=UUM84U56i2AMwkHN48t9atKQ
The numbers of paddlers using Greenland paddles is growing here too.
Posted by Unknown at Tuesday, December 02, 2014 No comments: