round the sea of gallilee in one day

First the good news, the level of water has risen, compare the first 2 photos, taken at the same place where we begin the trip. This is the put in at Kibbutz Ginnosar, first picture 2008 second picture yesterday 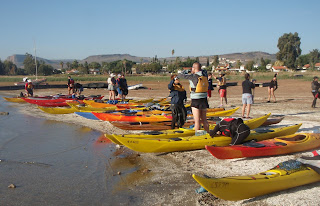 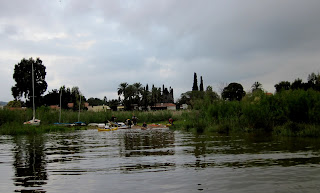 We set off at about 7am, the clocks had been set forward for dst so it was actually 6am, the weather was favourable, flat water nice clouds and no wind. 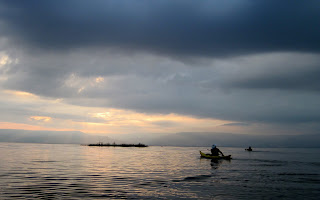 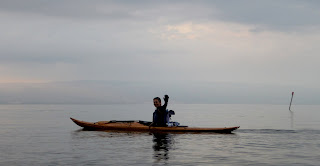 There were 14 of us and we planned to circumnavigate the Sea of Gallilee in one day. Total distance about 50 km. We stopped for a rest on the water about every hour,for a snack and drink and every couple of hours made a short landing to stretch and eliminate excess fluids. 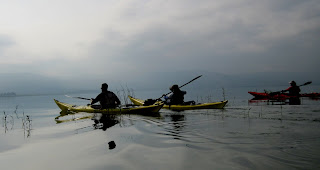 The first half was a breeze, and we made good progress even managing to get in a few sprints. Later we had a bit of a headwind down the southern end but as we rounded the bottom half this became a following wind and together with the waves made the first part of the northern leg lots of fun. We flew along surfing the swells and with the wind behind us it was great fun. 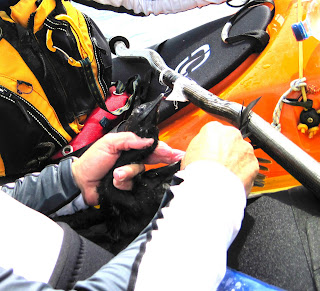 We found a Cormorant with a fishing hook in his mouth and the line tangled round his wing and foot. He couldnt fly and was doomed if we couldnt help him. It took a bit of manouvering to eventually get hold of him but then Inon managed to grab him by the wing. After a bit of a struggle and a peck or two the bird was set free to fly again. We had done our good deed of the day. 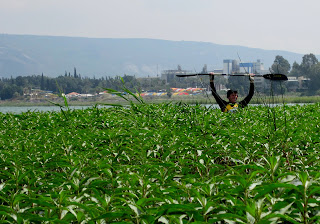 After that the wind turned to a strong NW and made the final leg one long hard slog. We battled the waves coming from the side and the gusts which may have been 20kn for about another hour and a half before finally reaching the beach at Ginnosar again. The whole trip took about 9 to 10 hours. 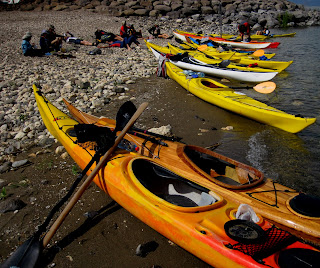 My conclusion after this trip, paddling technique is extremely important, having an efficient and energy saving forward stroke is more important than relying on strength, It pays to take the time to develope this technique, as we spend most of our time paddling forwards.

That was very challengig for me. Another thing Optimist kayak club made to be possible.
and-
chag sameach!!!!

well done guys and GIRLS.
always good to challenge yourself.
next stop! the greek island hopping with long open crossings.
happy PESACH
and may the rain keep coming!!!!!